EVENT CANCELLED. Please contact your ticket point of purchase to claim a refund on your tickets.

J Balvin comes to AT&T Center on Tuesday 19th April 2022 as part of his upcoming 2022 tour. The Colombian singer will support his latest album, Jose, on tour. This will be his fifth studio album and the artist has remarked it as one of his finest works yet. J Balvin fans are delighted with the tour announcement and hugely anticipate his performances. This performance at AT&T Center will mark the beginning of his 25-date trek, which concludes on 4th June at El Coliseo de Puerto Rico. It stops at notable destinations including Miami, L.A, New York and others. He is expected to sell out most of the venues on tour and if you’re looking to catch him live, you will need to hurry up and grab your tickets right now before they are gone! 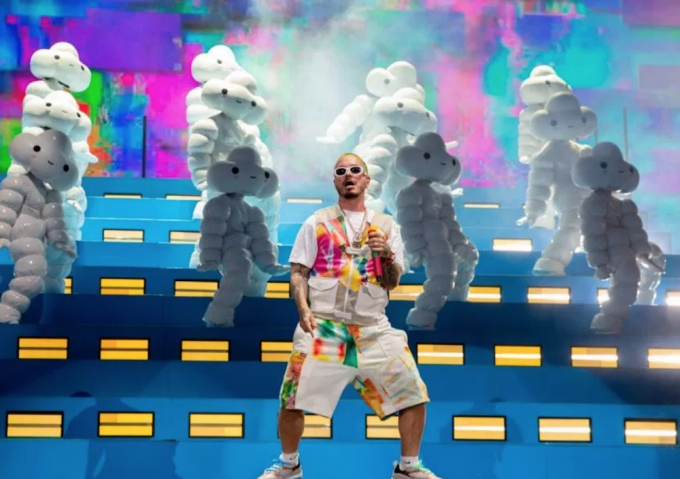 According to Billboard Boxscore, the Colombian sensation has sold grossed over $20 million and sold 300,000 tickets. He is one of the most famous Reggaeton artists of the current era and is also known as the “Prince of Reggaeton.” Balvin’s 2020 album, Colores, peaked at number two on Top Latin Albums Chart and number fifteen on the Billboard. According to Google users, his latest album, Jose, which came out in 2021, has also garnered positive reviews, and 87% of listeners have developed a liking for it. Fans are ready to experience Jose live for the first time, and hence, there is a massive demand for this concert.
Balvin has made appearances at famous festivals such as Baja Beach Fest, Mexico and Neon Experience. He has had a pretty busy 2022 with the release of several singles and being a part of star-studded remixes. Balvin’s breakthrough came in 2014 with his album, Ginza. The album received critical acclaim, and its single, 6 am, was a massive hit. Balvin is a decorated live performer who radiates a lot of positive energy that gets the crowds going. He also loves to interact with the fans which is why he is adored all over the U.S. You can be a part of an amazing J Balvin experience by acting fast and purchasing your tickets this instant because they are expected to sell out very soon!