Brooks and Dunn, the hit American country Music Duo, is coming to Texas at AT&T center on Saturday 11th June 2022 on their Reboot tour 2022. The tour kicked off on May 5th 2022 from Ford Center Evansville and is going all the way to Springfield, Illinois where it ends on 14th August 2022. On 11th June 2022, Jordan Davis and Dillon Carmichael will also be sharing the stage with Brooks and Dunn in Texas. If you are a country music fan, then this is the time to experience the best Duo in the country alongside other talented artists. If you want to catch them live, you will need to hurry up and book your tickets ASAP before they are sold out! 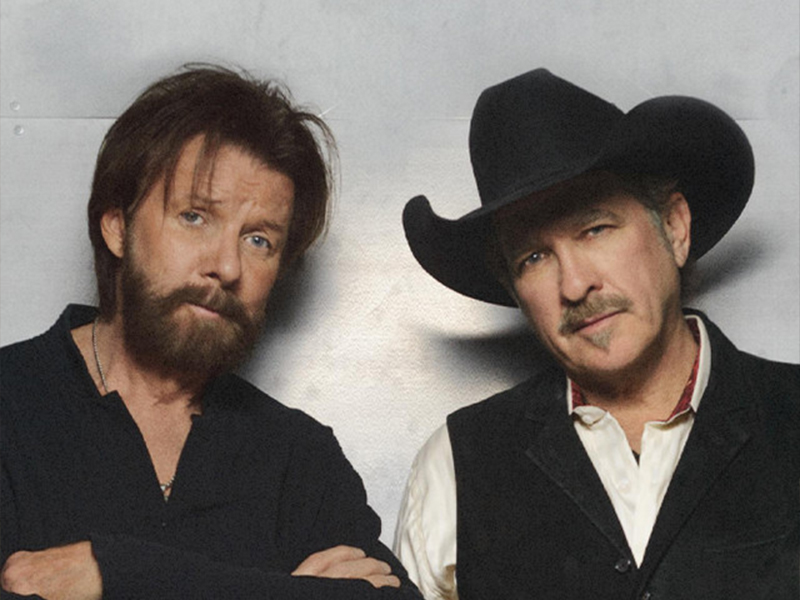 Before Brooks and Dunn, it was just two solo artists, Kix Brooks and Ronnie Dunn, who were good vocalists and songwriters. In 1990, the duo of Brooks and Dunn was founded through the suggestion of Tim DuBois. In the same year, they signed with Arista Nashville, which is one of America's greatest labels. They recorded five compilation albums, 11 studio album and one Christmas album, of which 19 or more reached to top ten of Hot Country Songs charts, and 20 went to number one. These two songs of this duo, "My Maria" (a cover of the B.W. Stevenson song) and "Ain't Nothing 'bout You," were the country's top songs of 1996 and 2001, according to Billboard Year-End charts. Brooks and Dunn won awards every year between 1992 and 2006.
They also won Grammy Award for Best Country Performance by a Duo for two of their songs, "Hard Workin' Man" in 1994 and "My Maria" in 1996. The duo is recognized as one of the best in country music and if you're a fan of the genre, you cannot miss out on this! However, you will need to buy your tickets quickly before all of them are sold out because demand is pretty high.