My Chemical Romance comes to AT&T Center on Sunday, 21st August 2022 as part of their reunion tour. They will finally be able to proceed with their tour after constant delays due to the problems associated with live events. The tour will now begin on 20th August in Oklahoma City and this will be their 2nd performance at AT&T Center the following night. The trek runs until 29th October, with the band adding fourteen new shows in ten cities to their original schedule. There will be a variety of opening acts, including Turnstile, Midtown, Taking Back Sunday, Nothing, Dilly Dally, Ghosh and more. They will play on selected dates of the tour. The band announced their reunion in 2019, and their fans hugely anticipate their arrival to stage once again. Catch them live on 21st August by purchasing your tickets right now before they are gone! 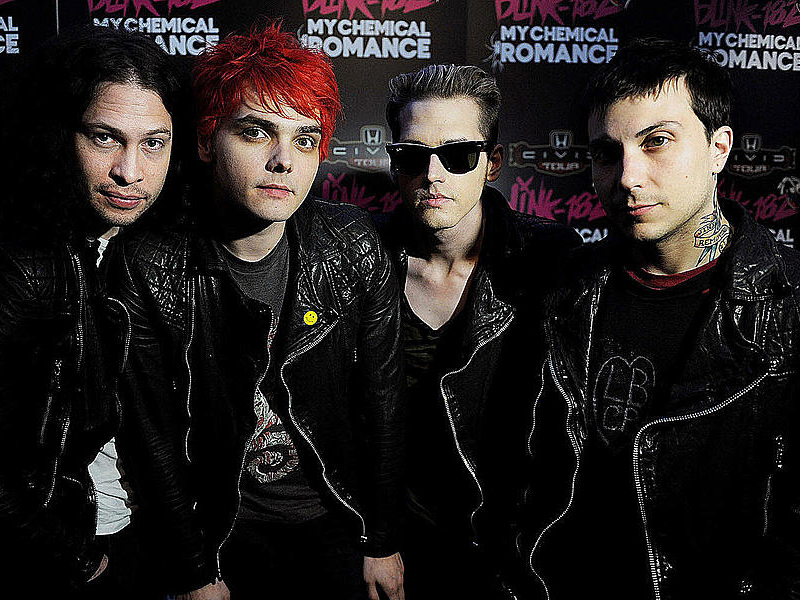 My Chemical Romance was once a household name in the American Rock music industry. They began their musical journey in 2001 with lead vocalist Gerard Way, lead guitarist Ray toro, rhythm guitarist Frank Lero and bassist Mike Way. They released their debut album, I Brought You My Bullets, in 2002 and came out with their major-label debut release, Three Cheers for Sweet Revenge in 2004. However, their major success came in 2006 with the release of their 2006 concept album, The Black Parade. It was triple platinum-certified in the U.S and U.K and was a fan favorite.
The band disbanded in 2013 and then came together for a reunion in 2019 with a show in L.A on 20th December. They announced small appearances in Australia, Japan, and New Zealand a week later. All of the band’s fans met the reunion announcement with great excitement. They have always had the reputation of a great live band, creating an incredible atmosphere at their concerts. With new dates released, it is one of the most highly anticipated tours of 2022, and it would be difficult to get tickets later on. If you want to see the iconic American rock band live at AT&T Center on 21st August, make sure you buy your tickets ASAP before none are left!